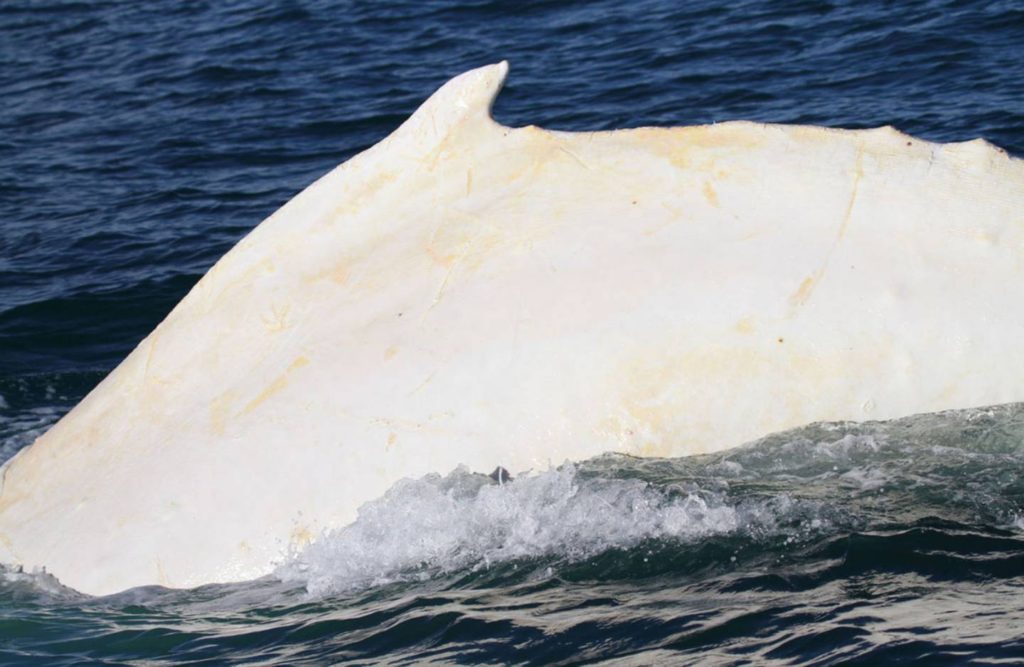 A rare white humpback whale was spotted off the coast of Gisborne. Expert Ingrid Visser says it is likely Migaloo, a white humpback known to frequent Australian waters.[/caption]

A white humpback whale sighted off the coast of the North Island is a significant find, according to whale biologist and expert Dr Ingrid Visser.

It is likely the whale is Migaloo, a famous white humpback found in Australian waters, or the first sighting of a new white whale, both extremely rare finds.

Commercial cray fisher Joshua Whitley was out casting pots about 16km off the coast of Gisborne when he noticed something strange near the boat.

“I just happened to look up and see a whale spout. We decided to go over and have a look.”

Upon approach Whitley noticed something wasn’t quite right with one of the whales – “It was completely white”.