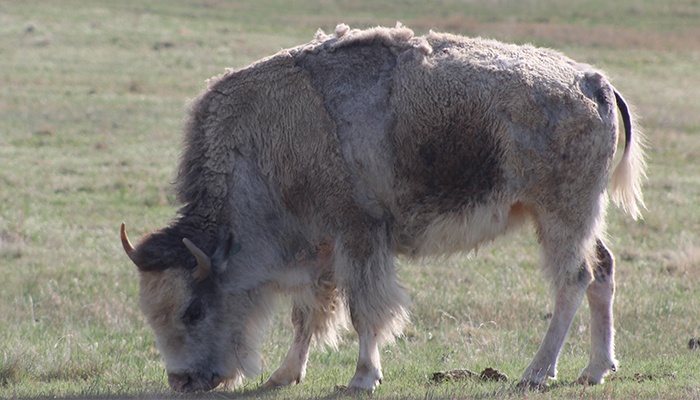 The city of Hays welcomed two baby bison to its herd last week at Frontier Park.

One was born Tuesday and another was born Friday.

Jeff Boyle, director of the city’s parks department, said the bison’s keeper thinks all five of the cows in the herd will likely have calves this season, including the herd’s white bison, sometimes referred to as Ghostbuster.

The bull in the herd does not exhibit any albino traits, so it is unknown if Ghostbuster would have a white or brown calf.

Boyle said the best time to see the calves is in the early morning or at dusk.

He noted visitors should not attempt to climb the bison’s fences. Bison can weigh between 800 and 2,000 pounds. They are very territorial. They have been known to charge, and victims can be gored by their horns.