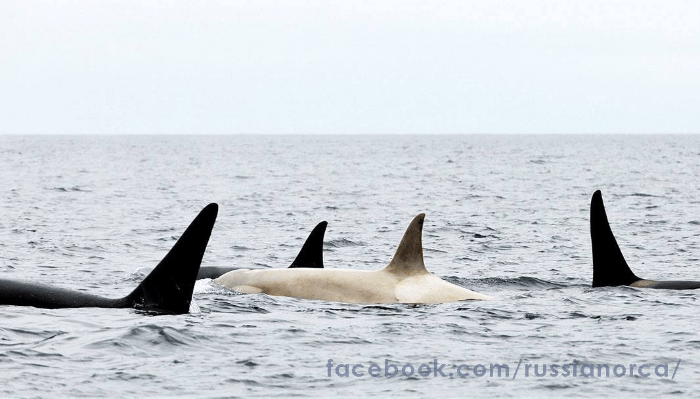 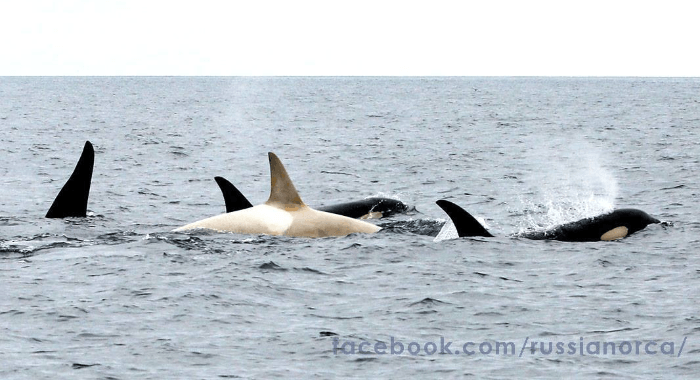 Iceberg, an adult male, was first documented in 2012 off the Kamchatka Peninsula in eastern Russia.

Only a handful of albino or leucistic orcas have been documented around the world. (Leucistic animals boast some pigment and are not as white as true albinos.)

The Commander Islands are located about 100 miles east of the Kamchatka Peninsula.

–Images of white orca are courtesy of Russian Orcas